Accuracy: Well-Done For The Setting

Sweet-P is a character from the 2019 JRPG The Caligula Effect: Overdose, an updated port of 2016’s The Caligula Effect, which features additional content such as an option to choose a female protagonist, new party characters, expanded story elements, and a feature that allows the player to do missions and bond with the villain characters. Though Sweet-P was in the original game, she was a nonplayable boss character so the bulk of her content is found in Overdose along with her character events.

The plot of The Caligula Effect involves a group of high-school students trapped in Mobius, a digital world that is built as a paradise where people can live out their carefree high school days as idealized versions of themselves. The protagonist and their group of allies, dubbed “The Go-Home Club” fight against an opposing group, The Ostinato Musicians, that use mind-controlling music to keep the residents of Mobius brainwashed and content with the fictional world.

(Warning: Spoilers for Sweet-P’s in-game character events follow. Also, this article focuses solely on the game, not the anime.)

END_OF_DOCUMENT_TOKEN_TO_BE_REPLACED

Time for another mini review. Essentially, this is where I collect and combine reviews that were otherwise too short to justify their own full posts. These three follow a sort of theme this time around, as they’re all from comics that ran around the same time period. Just with drastically different plots, settings, and themes.

Because the stories mentioned here are rather short, there will be discussions of spoilers in all three entries.

END_OF_DOCUMENT_TOKEN_TO_BE_REPLACED

When it comes to prominent transgender characters in video games (or pop culture in general, for that matter), Poison tends to top the list. For one, she’s been around for a long time, making her debut in 1989’s Final Fight, an arcade beat-em-up produced by Capcom. Despite being one of the most popular and well-known fictional trans women, however, much of her history has been shrouded in her controversial origins and a decades-long debate that has still left many people unconvinced of her being transgender at all due to Capcom’s reluctance to confirm it in a straightforward, respectful way.

END_OF_DOCUMENT_TOKEN_TO_BE_REPLACED

We’re back! After cancelling my last post, I decided to move into one that turned out to be a BIG undertaking. Not only did I vastly underestimate just how much One Piece content is out there, I also underestimated how many gender-variant characters are in the series. It’s also a curious case of a series that has examples on wildly different ends of the spectrum.

One Piece began as a manga series written and illustrated by Eiichiro Oda. Since beginning its run in 1997, it’s become a pop culture phenomenon that went on to span 97 volumes with almost 1,000 chapters, and an accompanying anime series going on 1,000 episodes- both still running at the time of writing this (and likely running for a few more years to come)!

There’s a lot that can be said about the franchise, but for now we’ll just be focusing on content for this blog and how One Piece has handled the concept of gender variance over time.

END_OF_DOCUMENT_TOKEN_TO_BE_REPLACED 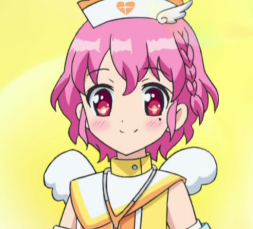 TGM is a blog devoted to viewing and reviewing various depictions of trans women, or characters coded as so, in fiction with a focus on anime.